CYPRESS – “What’s your best argument for why we should tap the rainy-day fund?” asked Tom Jackson, Cypress-Fairbanks ISD school board trustee.

Without missing a beat, the first presenter at tonight’s board meeting responded: “Because it’s raining,” the attorney stated. “The whole point of the rainy-day fund – the reason it was created – was to level out the ups and downs of the economy, over time.”

The lawyer standing in front of the board was David Thompson, of Thompson and Horton LLP, who detailed a focused explanation of the upcoming 87th state legislative session that begins on Jan. 12, 2021.

The CFISD board of trustees is next scheduled to meet at the district’s Instructional Support Center boardroom, at 10300 Jones Road, this coming Monday (Nov. 9, 2020) at 6 p.m. for a regular board meeting.

Although no citizens made public comments at tonight’s work session, extensive planning for the upcoming legislative session began. One of the biggest takeaways for the public is the need to start talking with their state-level representatives now, as access to them during the upcoming 140-day legislative session will be more difficult than in prior years. The crunched time is expected to see many committees and meetings being held online due to the continuing COVID-19 crisis.

While the country awaits the counting of ballots in other states, Texas’ local elections seem to be decided. According to Thompson, only one state-level seat flipped from Democrat to Republican. He explained that while some of the people holding office changed, their party affiliation did not.

“Almost nothing changed,” Thompson said about the lack of effect from all of the political advertising that we’ve been inundated with. The only seat that changed was the aforementioned state senate seat, adding to the advantage the Republican party already had. 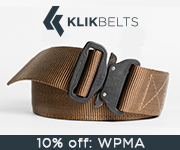 “In 2019, you will recall, the legislature passed House Bill 3,” Thompson explained. “That was the big education reform bill. House Bill 3 was a 308-page bill, (it) dealt with public school funding and quite a number of changes to the formulas and also a number of other policy areas, which you’ve obviously heard many presentations about.

“For our purposes, I’ll focus on the money,” he added. “It did put a significant new investment into public education. A fairly big investment – about $11 billion all in total.”

SHOW ME THE ATTENDANCE

“One thing that has happened because of COVID-19, we’ve had an impact on both the enrollment of students, kids showing up and enrolling, and on attendance,” the lawyer said. “That’s really important, because that affects the funding of districts because we’re funded on average daily attendance.”

According to his data sourced from the Texas Association of School Business Officials, the first week of school had almost half-a-million fewer students in public schools across the state.

“Talking with districts all across the state, this decline in our student enrollment and in our attendance is one of the most significant issues that districts all across Texas are concerned about and struggling with,” Thompson said. “It affects (school districts’) budgets, ability to maintain the programs that you have, and your staffing, and just meeting the expectations that you have and that your community has. That’s a lot of kids, and that’s a lot of dollars.”

The area teachers have felt the brunt of the impact as they deal with a multi-pronged job every day. Not only do they have face-to-face students, the remote-learning students, a trove of technological problems ranging from connectivity and software and hardware errors and outages from Schoology and Zoom, and COVID-19 mitigations everywhere they turn. They are also the first line of counting attendance. And attendance equals tax dollars for their district, which pays the bills of education.

“It’s one thing to get the kids enrolled, but you still have to account for their attendance and presence during the day and various programs,” Thompson said. “I think the state could have made the attendance for the remote part a lot simpler. It has created – in many places – a real burden on teachers and people at the campus level trying to account for kids, especially in remote environments.”

For teachers nearing or already having reached the requirements of retirement, there may be a quick exit of their experience from schoolhouses in Cypress and across the state.

“We’re hearing that retirement rates at the end of the year will increase significantly,” the attorney added. “Of course, that could have a real impact to employ the staff needed.”

According to data from the presentation, Texas’ rainy-day fund has $8.7 billion sitting unused. Thompson explained that looking at tax data affected by the pandemic, there’s about a $4 billion decline in what Texas expected to collect before the pandemic slammed the country, compared to what it’s collected as a result.

“The state does have a ‘rainy day’ fund, and we’re already hearing individuals at the state level saying that if we’re going to spend some of our rainy day (fund), then we want to see our districts spending down some of their fund balance,” Thompson said.

He then proposed a talking point for those interested in contacting our elected representatives. “Our position needs to be: ‘The improvements you just made in 2019, don’t just turn around and undo everything you just did.’”

Making an example from the previous financial crisis from 2008-2009, the financial effects didn’t strike school districts until the following biennium.

“We’re looking to not do any damage not just in the 2021-2023 biennium, but the next one as well,” said trustee Julie Hinaman. “We need to have that long-ranged focus.”

The 87th Legislature will start in the spring of 2021 and the resulting two-year budgeting will have to look all the way forward to Aug. 31, 2023.

The Cypress News Review is your independent, locally owned online source for news, education news, information and sports in Cypress, Texas, since 2018.